The Baby Boomer generation is looking ahead!  As of the date that I read the Houzz remodeling article below, there were some good ideas in the comment section.  One lady shared  thru pictures a couple of things she recently got done in her kitchen.  I had also wanted clear-glass pendants (but chose  T H I S  bouquet-light instead). I would like my microwave to be located under the counter; and Yes to LED strip lights over the counter tops.

Most important goals for our upcoming kitchen renovation (may the Lord God cause them to come to pass and provide in many ways): 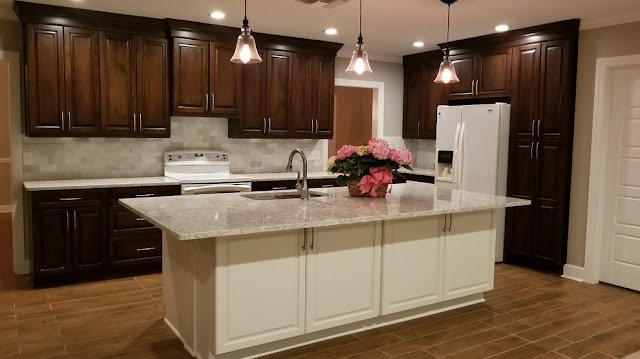 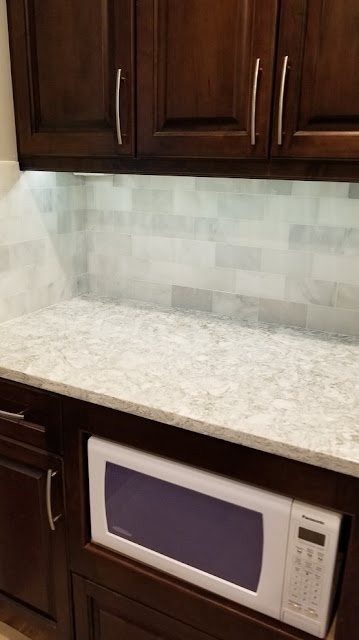 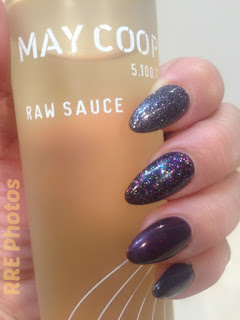 The Domino Magazine article piqued my interest (Maple tree sap for my skin -- why not?!!). Yes, many of us are intrigued by beautiful Asian skin. Who would not want the same?  So I bought the product, stored it, and promptly forgot about it.

My search thru my closets for travel essentials brought the yet unexpired brand new bottle back into my radar.

Now that I've used the product for a couple of weeks, I am grateful and attest to these:

A. it has not caused any skin break-outs,
B. my skin feels less dry 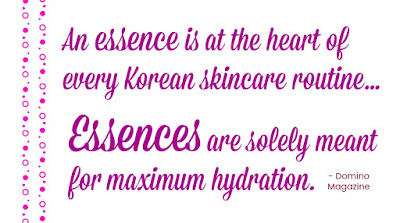 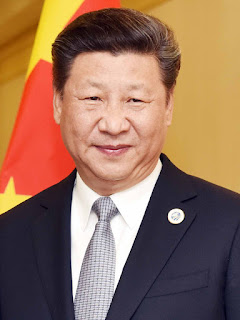 In addition to my kitchen renovation, with bated breath we are all awaiting  the results of meetings on the US trade war with China. I get an update on the situation thru snippets of news and the daily stock market levels. I am praying for God's help in this situation.  To me, it's all about fairness on either side. However, China is a fierce force to be reckoned with. May President Trump never forget  - RRE

1. What’s so important about March 1?

That’s the end of a 90-day truce that Trump and China’s Xi Jinping agreed toin December. The U.S. agreed then to delay a planned increase, to 25 percent from 10 percent, in tariffs on almost half the goods the U.S. buys from China, worth some $200 billion. American and Chinese officials have been negotiating since then. With Trump and Xi both reporting progress, Trump is said to be considering pushing back the deadline by 60 days.

If Trump goes forward with the higher 25 percent tariffs, China could reply with countermeasures, and that could prompt Trump to follow through on threats to slap duties on a further $267 billion of goods.

American shoppers have been mostly insulated from the trade war, since inflation remains tame and the tariffs haven’t hit staples like clothing, footwear and toys. That could change. A January report by Bank of AmericaCorp. analysts said any escalation of the trade war “would be much more painful” for the U.S., triggering renewed market volatility and undermining investor confidence.

An escalation would deepen the slowdown in economic growth and raise pressure on the government to respond with higher public spending. That would likely be funded by debt, undermining the government’s quest to reduce the country’s heavy debt burden. Bloomberg Economics estimates China would avoid a 0.3 percent drag on 2019 gross domestic product if the trade truce holds. Their base case -- assuming an escalation is avoided -- is for economic growth in China to slow to 6.2 percent in 2019, down from 6.6 percent in 2018.

5. What are the sticking points to a deal?

Enforcement, intellectual-property protection and technology. Trump has pledged that any deal will contain “strong enforcement language,’’ yet his aides are still figuring out what that should be -- and how to get China to sign off. The World Trade Organization is one possible arena for policing a deal, but the U.S. administration has shown little patience for it. It’s tough to see what the Chinese side will agree to beyond promises to buy more U.S. goods, given their denials regarding forced technology transfers or other alleged misbehavior. (The widening U.S. government crackdown on Huawei Technologies Co., a Chinese telecommunications giant, underscores the challenge.) The two sides were said to remain far apart on structural reforms to China’s economy that the U.S. has requested.

Trump routinely points to the large U.S. trade deficit, the difference between imports and exports, as a symbol of a declining manufacturing base and the loss of American might. He aims to reduce the goods-and-services gap with China, which totaled $566 billion in 2017, by both browbeating and enticing U.S. companies to import less and export more. In addition to goods from China he’s imposed tariffs (which act like a tax on imports) on steel and aluminum from countries including allies Canada, Mexico and the European Union. 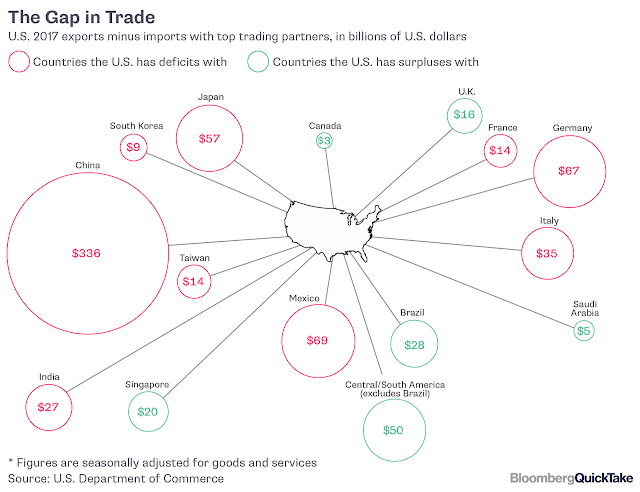 It depends on who blinks first. China has agreed in principle to increase imports of U.S. agricultural products, along with energy, industrial products and services as part of a path to eliminate its U.S. trade imbalance. That promise might form the basis of a preliminary agreement, though the tariffs may stay in place while the two sides work out differences in tougher issues such as the heavy involvement of the state in China’s economy. Trump’s threat to abandon the North American Free Trade Agreement prompted Canada and Mexico, the two other signatories of that treaty, to agree to revisions. Tariffs on metals and threatened duties on cars had the EU and Japan also looking to deal.

Investors and executives routinely cite the trade war between the world’s two biggest economies as one of the biggest threats to all kinds of businesses. The International Monetary Fund, cutting its forecast for the world economy for the second time in three months due in part to trade tensions, said in January that global growth would be 3.5 percent in 2019. Meanwhile the U.S. trade deficit widened in 2018, partly because the stronger dollar made U.S. exports pricier.

9. What are companies saying?

It depends on what you sell. Apple, Starbucks, Volkswagen and FedEx are among those to have cited a slowing Chinese economy in their outlooks. More than 400 publicly traded Chinese companies warned on their earnings. While the trade war is only one factor that’s weighing on demand -- weakness in Europe and the impact of fading U.S. fiscal stimulus are others -- it’s probably the issue that most concerns executives. Some are even looking at uprooting their supply chain. Some businesses in Southeast Asia expect China’s pain to be their exporting gain. Metals tariffs have helped producers with American plants, such as ArcelorMittal, U.S. Steel and Nucor. They’re charging higher prices, and some have reopened shuttered sites. But some U.S. business groups say the tariffs and retaliatory duties have hurt American industry, farmers and workers.
- by  B L O O M B E R G

China is Peeling the Philippines 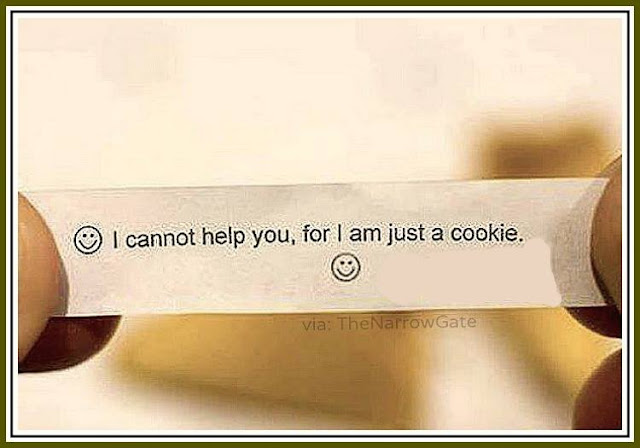 Kiss the Son, lest he be angry,
and ye perish from the way,
when his wrath is kindled but a little.
Blessed are all they
that put their trust in him.

I was amazed at the very many outstanding sets of double doors out there, including antiques. I liked the idea of glass inserts for our new doors; either opaque, clear, or with design a-la Tiffany. A google search for prices  showed costs of at least $2k or more, eeek. What to do, what to do?! 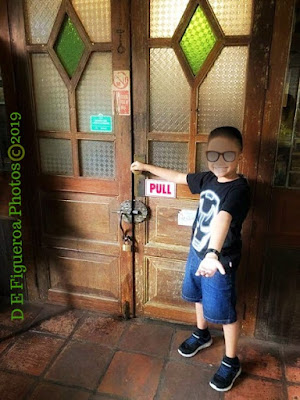 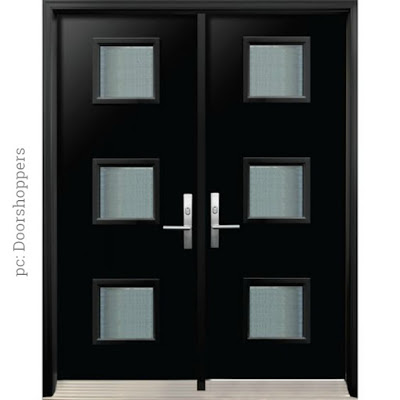 So happy that Hubby found our wood mid-century style doors on Craigslist. Used, but in very good condition.  Best part: cost for both doors plus matching storm doors (4 parts total) was less than $100.  Thank God for His provision!  We've since painted the doors' exterior a green-black color. Interior picture taken during mid-installation. 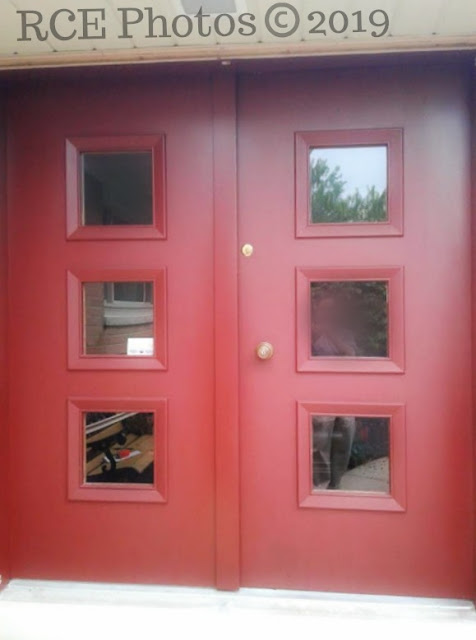 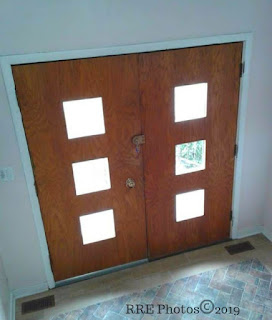 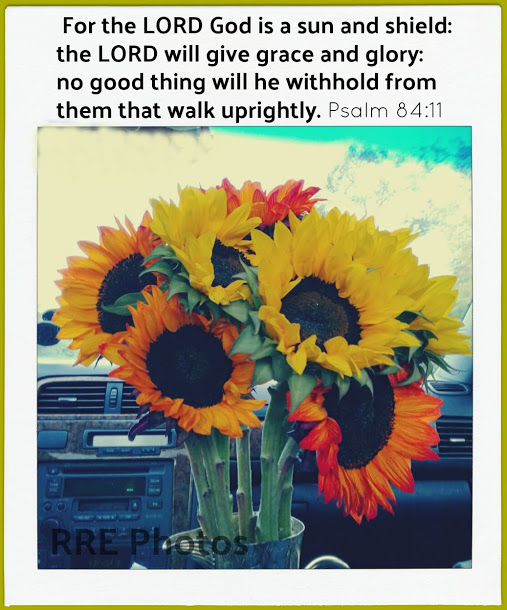 House of Chanel's, Karl Lagerfeld, has had some influence in my life.  Back in the day, my fave designer bags were authentic Chanel bags. As expensive as they were, I really, really liked them. eBay and I became BFFs, hahaha.

I took pictures of my own bags and and had access to many many more: various Sales Associates from high-end stores sent me tons of pictures.

The kids had fun editing the pictures for me too.  Speaking of kids, Mr Karl's "kid" is a cute cat named CHOUPETTE. She is a blue-eyed Birman cat. She even has her own Instagram page,  ChoupettesDiary  I hope someone takes very good care of her. 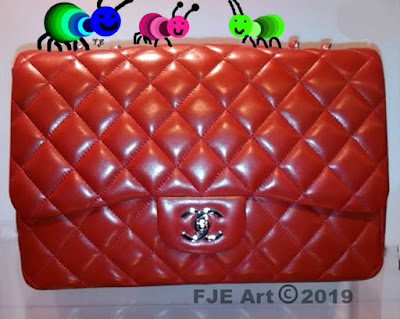 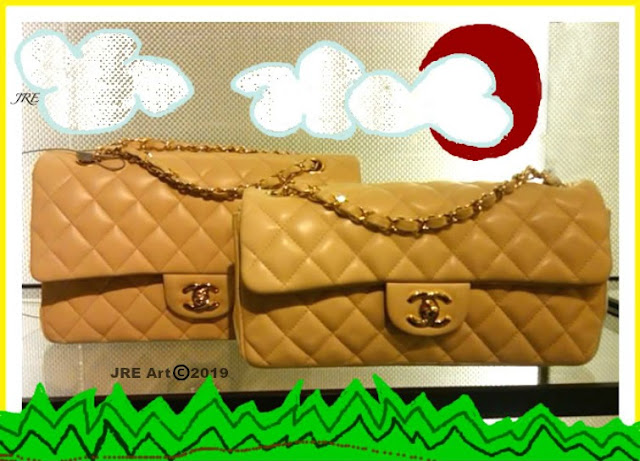 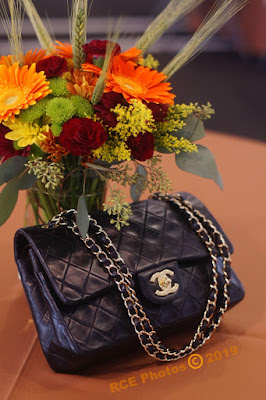 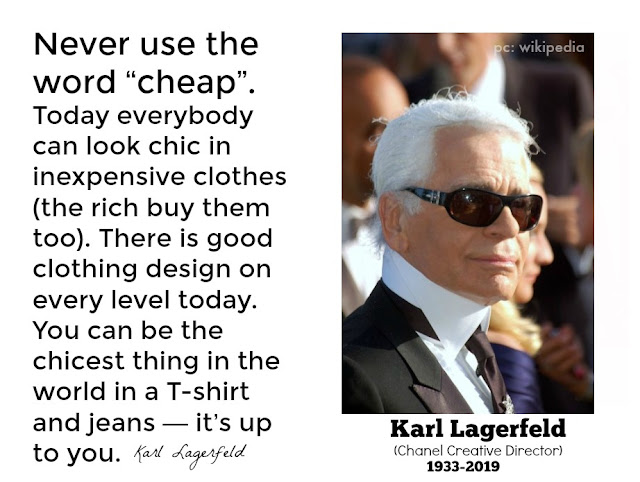 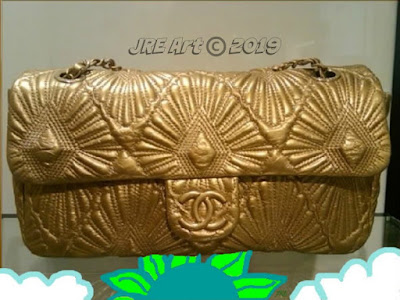 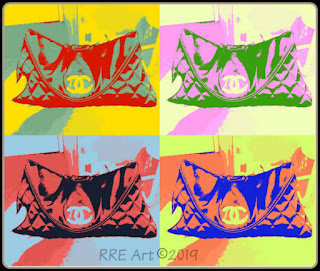 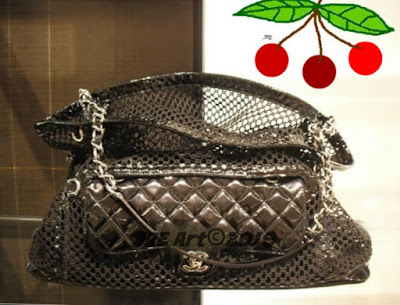 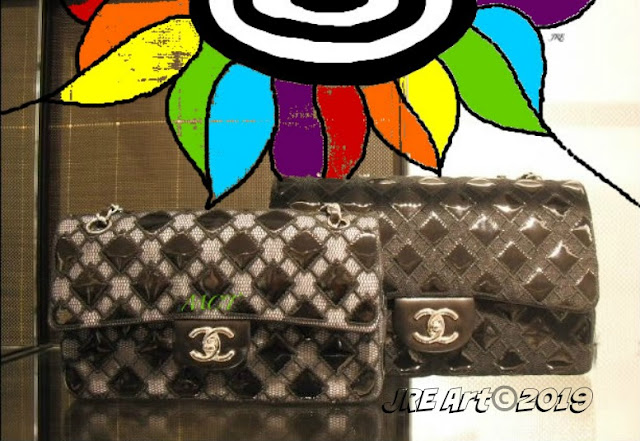 For what shall it profit a man,
if he shall gain the whole world,
and lose his own soul?  (Mark:36)

Luv the look of this kitchen.  I had never heard of designer, Danielle Nicholas Bryk, till now.  I still have my HULU account so I may see what she is about style-wise as I binge-watch renovation shows.

When there's nothing but ice, snow, cold temperatures, and cloudy days -- furnish your home in vibrant shots of color with Missoni. 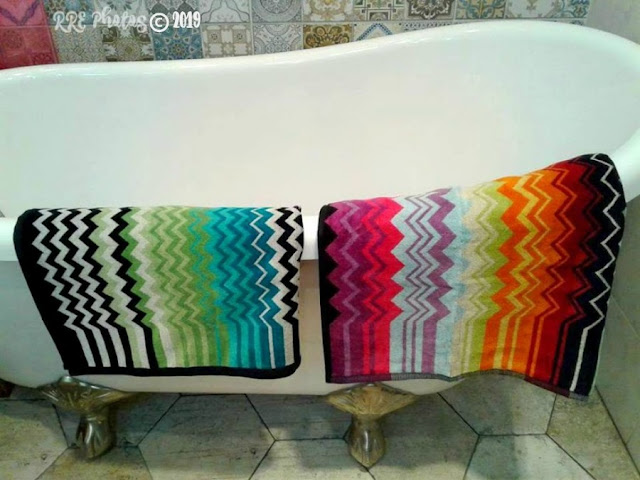 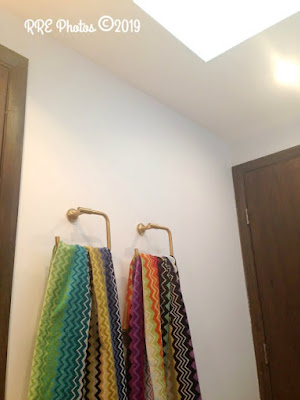 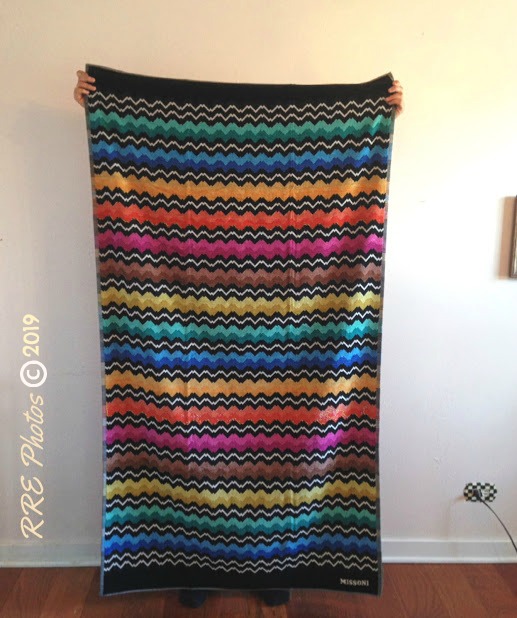 NOTE: Missoni products are rather pricey. Buy items which are on sale. I've usually bought my towels from HORCHOW or Amara (UK). Horchow has free shipping for towels. 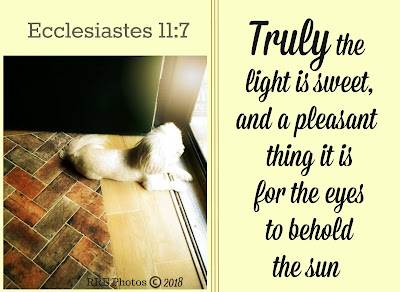