Lovely Natalia/Natasha Zakharenko, aka Natalie Wood the actress, drowned under mysterious circumstances in 1981.  That  was a sad November day for my sister and me as we were fans of the actress.  My younger sister even copied her hair-cut.  Our youngest daughter shares her birth day; and if I were to name the girl-crush of my teen years, it would have been the beautiful Ms Wood.

Ms Wood's favorite perfume was Jungle Gardenia  by Tuvaché.  Her daughter,  Natasha Gregson-Wagner, had fond childhood memories of her mom wearing it often; and has recently honored her thru creating a new fragrance called Natalie.  Her mom's favorite scent, gardenia  was combined with hers, orange blossom.  Ms Gregson-Wagner has described it as  "a nice, happy smell."  I bought a sample before fully committing. I was running low on my Jo Malone collection; and I did not want to completely run-out of  Eau Des Merveilles by Hermes (I consider it a precious farewell gift from my now-living-in-Europe son). 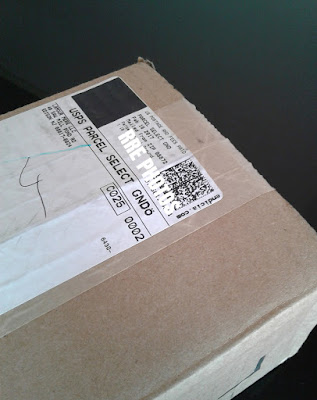 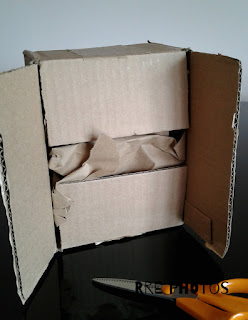 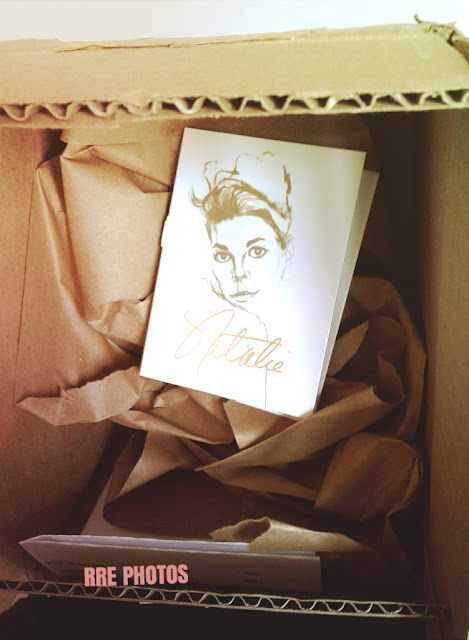 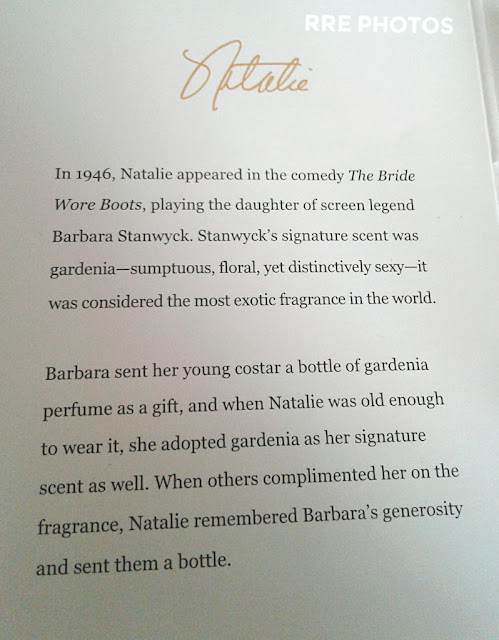 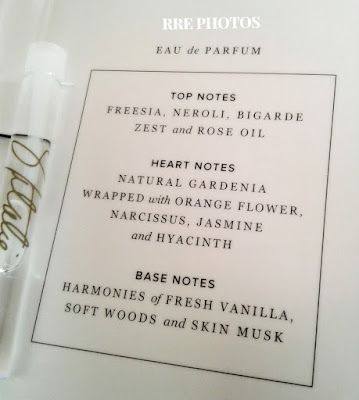 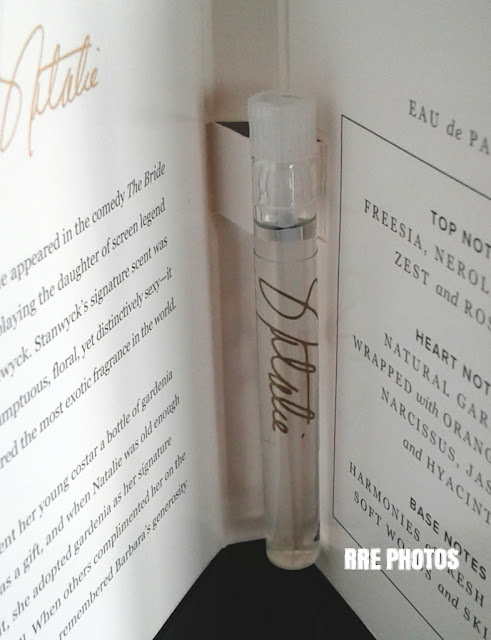 Not bad. It's a thumbs-up from me and hubby. It reminds us of the land of our birth. Gardenias were a common garden plant and a familiar aroma in our country.  I need to know other people's thought, though. I am especially interested in its staying-power. I will begin its official use tomorrow, and see how it goes during morning church services.

How Natalie Wood's Daughter is Keeping Her Legacy Alive

US Schoolchildren Dumber Under President Obama

Robert Gehl reports that schoolchildren in America got dumber under President Obama, according to a group that ranks exam scores worldwide. 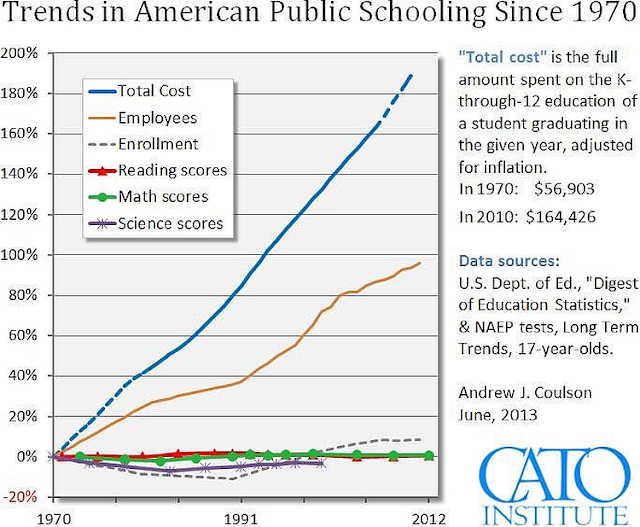 The Organization for Economic Cooperation and Development produces an exam administered every three years to 15-year olds in 72 countries. The exam tests reading, math and science knowledge.
The results? American schoolkids saw an 11-point drop in math and flatline scores for reading and science, FOX NEWS is reporting.

For the first time, Obama’s America fell below the average set by the OECD  and failed to crack the top ten in any of the categories.
As it stands now, according to the results, thanks to Barack Obama and his failed education policies, children in the Slovak Republic are better in math than Americans are.

So what were Barack Obama’s disastrous education policies? Or, is it possible, that in many cases, school districts, and schoolchildren, rise and fall regardless what the policy is from bureaucrats in Washington?
Barack Obama opposed private school vouchers – where parents receive taxpayer dollars to send their children to schools that are succeeding. Donald Trump has said he supports then.
Obama’s Education department was obsessed with making sure African American students and other students of color did not receive harsher punishments or reprimands than other school kids. They were also focused on limiting physical punishment of children at school altogether. That is not likely to be a central focus under President Trump.

Refugees: Up Close and Personal

They were from the Democratic Republic of the Congo (DRC) and had fled to Tanzania because their mother was targeted as an enemy of the state for her outspoken support of women's rights.  The entire family of 8 was able to immigrate to Canada as refugees; and after a few years, are now Canadian citizens.  Four of the kids visited their friend WN in town for a long weekend.  She happen to be one of our son's BFFs; and the group willingly and enthusiastically squeezed-in a concert by his Symphonic Band at Wheaton College.   Who cares that their trip from Winnipeg to Illinois took 14 hours,  and that their designated driver had not slept fitfully for 2 nights?!!  There is nothing like the energy level of the youth.  Maybe the two plates of fried rice, Mongolian Beef, and 2 dishes of Chicken at our fave Vietnamese restaurant did the trick.  There was no need for take-home boxes, LoL. 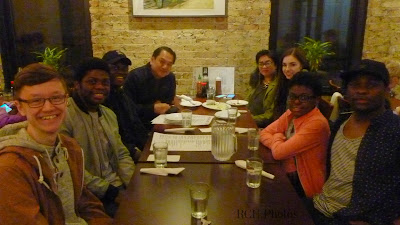 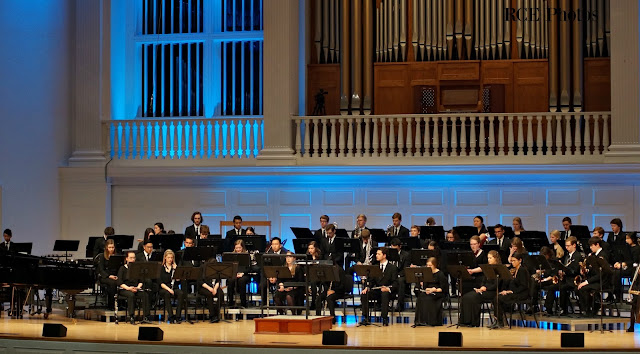 (A)  It will take God's  grace and supernatural power
to overcome the iron-grip that is the  teacher's Unions.

(B)   link:
The 2 Groups that are Very Much Afraid of Betsy

(C)   Christians and Parents -- let us unite in prayer, in the name of the Lord,
over this battleground in U.S. children's lives and futures
at February 18, 2017

While I was Driving, 3: Car License Plates


Let's Go To
The Happiest Place on Earth! 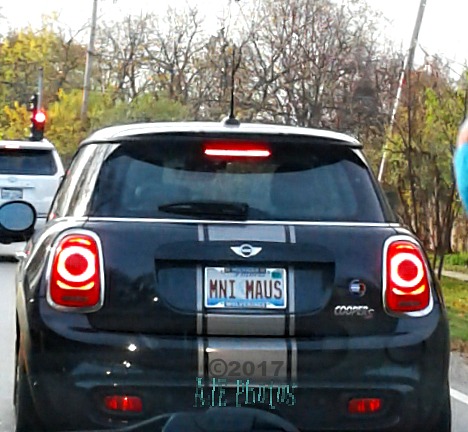 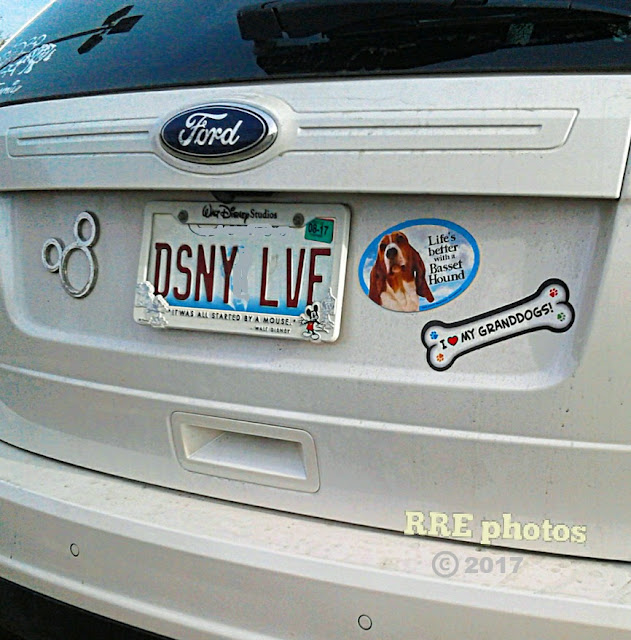 Edited 06/19/2017:  In case you’re keeping track, here is a complete list, courtesy of the Anti-Trump group of companies who they say is safe to shop at because they eschew Trump products.
Meaning – if you’re into this sort of thing, you should NOT spend your money at these places/companies. 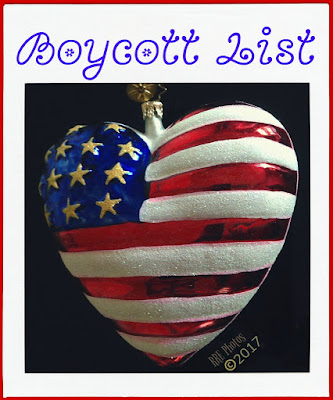 Note: The list also includes companies who have pulled their advertising from the website Breitbart, or who have made statements of “inclusivity and respect”, similar to Target’s “Gender bathroom” statement.
Do your shopping wisely ... Put your money where your mouth is -- according to your conviction.  Here a little, there a little will add to much $$$ down the road (my words in italic):
via The Federalist Papers Project

I am so very disappointed to see many of my fave retailers on this list.  I hope that someday I will be able to shop at their stores once again without feeling that I am contributing to foolishness, intimidation and a lack of decency/common sense; as well as to the unbridled disrespect of our POTUS.  If nothing else, my boycott will curb my unwise money decisions as a little more thought will go into my purchases. It's all good, then!
at February 12, 2017

Valentines Day: Let your man be the initiator 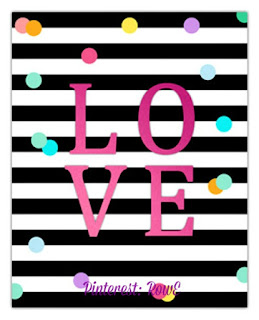 Remember Ladies, every man is afraid of SOMETHING. That's one of the ways you know he's in love with YOU. He's afraid of LOSING you. If you are always having to CHASE him, BLOWING UP his cell phone, HITTING him up on facebook, text messaging him ALL the time, he's probably NOT in love with you. Never CHASE love and affection or attention. If it's not given FREELY then it's not worth having. Be careful of COMMITTING yourself to someone who is not committed to you. Judges 16:2 ... Am I RIGHT Brothers or am I WRONG? #LOVEisaVERB

The book by Greg Behrendt and Liz Tuccillo called He's Just Not That Into You, affirms the above; and most importantly, so does Scripture.
at February 11, 2017

Why I am not in a panic mode over  Betsy DeVos -- "a Reformer who is not buried in the beauracracy" -- as U.S. Education Secretary. Reason (b) is a good one.

(a)  School Choice; and a chance for a better education.

(b) $7 Billion Dollars down the drain and nothing to show for it.  Read it, and weep.


BILLIONS Spent for Education Under Obama had NO impact on Achievement


(c)  Loosening the talons of Teacher's Unions; and Accountability of Teachers for student failing grades

Why the Liberal LEFTISTS are Afraid

The Secret Ingredient to School Success


(f) Many Democrats/Liberals were going nuts, throwing temper tantrums, and endlessly speaking on and on.  Thus, it was a big hint that  a very good albeit threatening-to-them-and-the-status-quo candidate was up as a nominee.

So, NOPE to whiny snowflakes being rewarded for their demands! 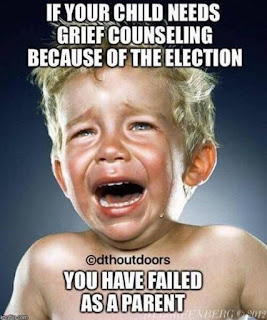 
How does your country rank?

The Refugees Welcome Index ranks 27 countries across all continents based on people’s willingness to let refugees live in their countries, towns, neighbourhoods and homes. By Amnesty International, Year 2016 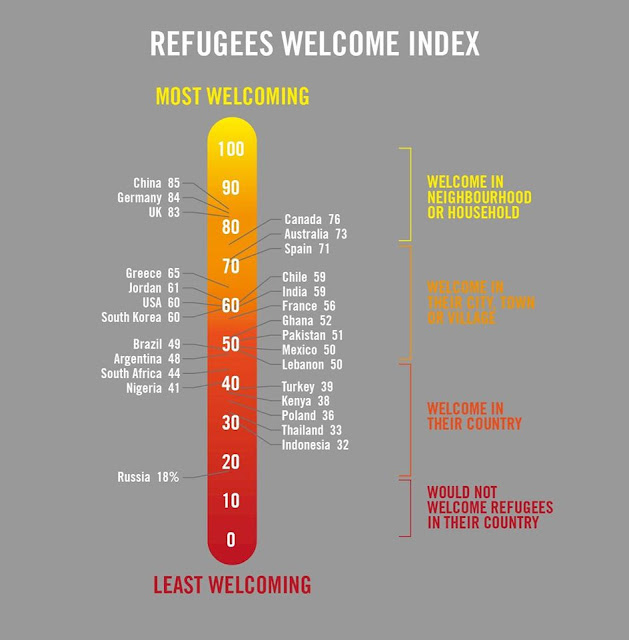 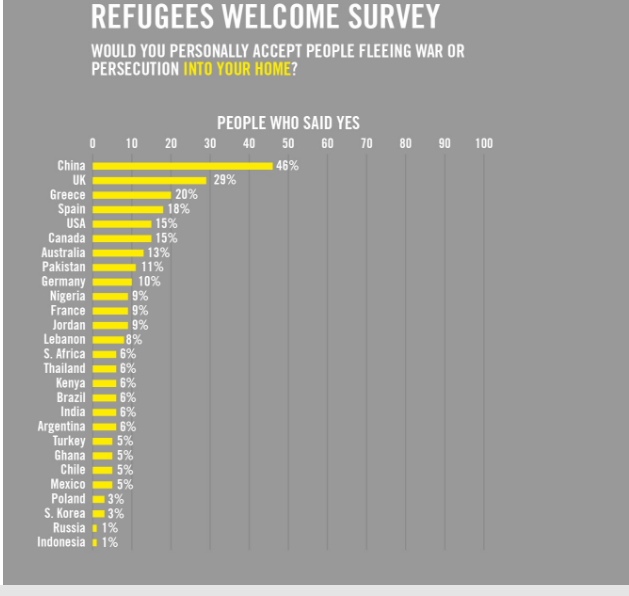 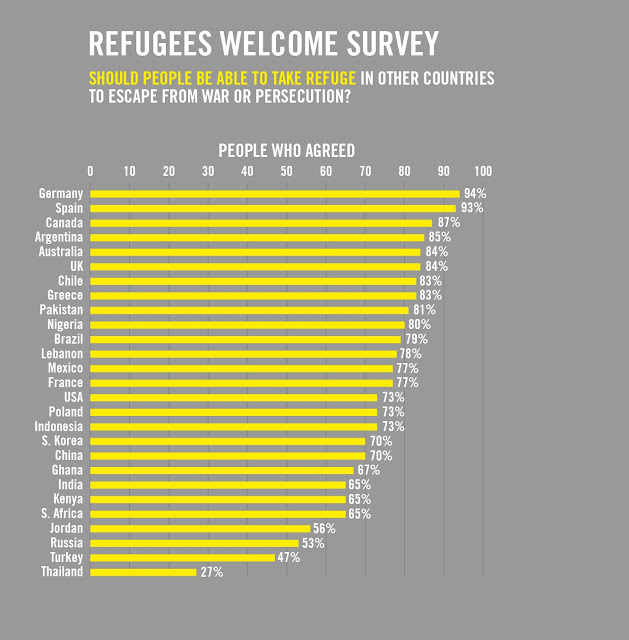 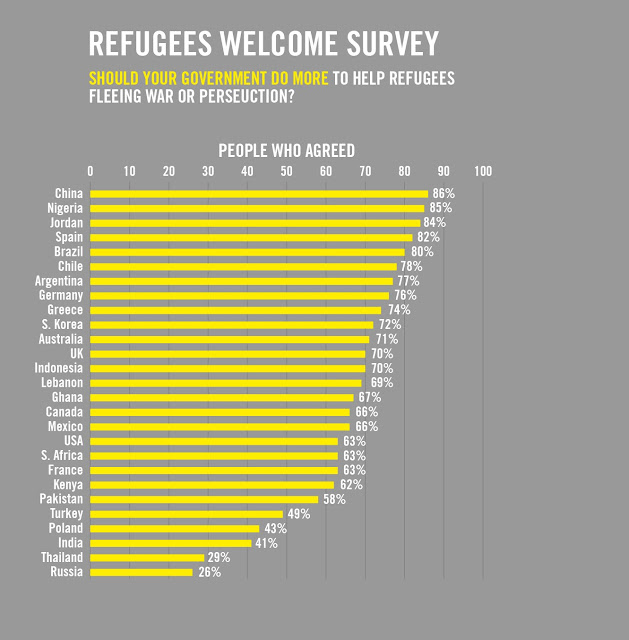 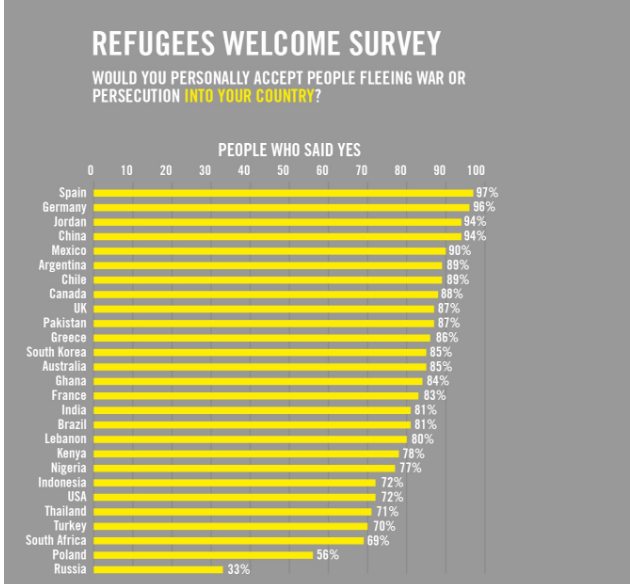 I recently answered a questionnaire sent to my home by the R N C . As in the U.S. general elections of  year 2016, my commitment was cemented not only by my taking the time to respond, but by my financial donation as well. (Note:  as in political life, so it is in church life -- put your money where your mouth is!!! Just sayin') 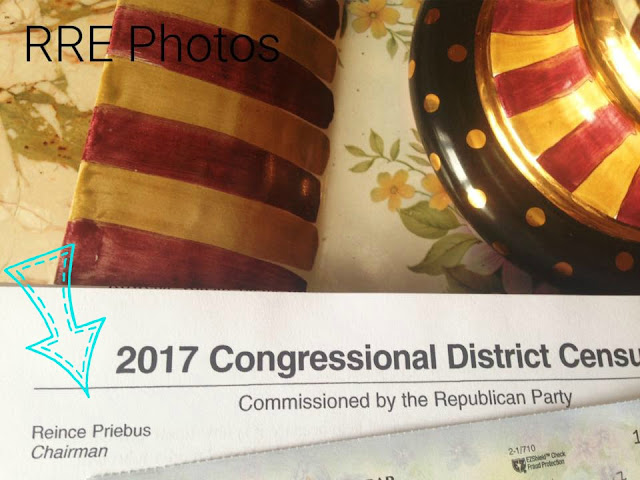 NOTE that the Republican National Committee's chairperson is currently  Ronna Romney McDaniel, and not Reince Priebus . 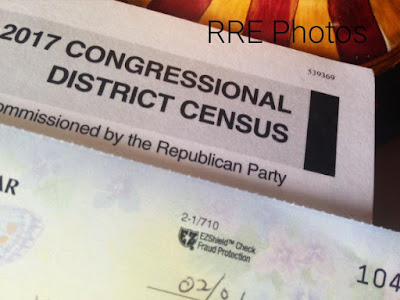